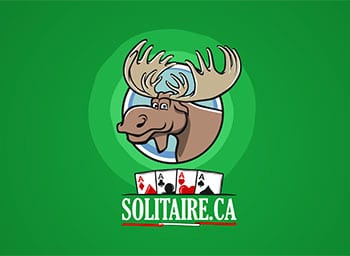 Did you know that Klondike Solitaire is the most played computer game in the world? All because Microsoft decided to include Windows Solitaire in their Windows software in 1998. It has been part of every new version they have released since. Millions of people all over the world play Klondike Solitaire on a daily basis. Over the years, many different Klondike variants have appeared on the internet. They can be either downloaded or played online. On this website, you can play the classic version: Klondike Solitaire. Besides playing the original game, you can also read up on the classic Klondike Solitaire rules. Or find tips, strategies and everything else you’ve always wanted to know about Solitaire (Klondike)

Objective of the game

The cards are divided into 7 columns and a sorting pile. Only the top card of each column is shown. All the other cards are facing down. The objective of Klondike Solitaire is to transfer all available cards in a sequenced order to the 4 foundation squares. The foundation squares are the 4 empty spaces at the top of your screen.

Solitaire Rules: Klondike Setup and start of a new game

If you look at the image below, you will see the setup of a new game of Klondike Solitaire. It shows a pile of cards with the images facing down in the left top corner. In the right top corner are 4 empty slots. Underneath there are 7 rows of cards with the most-up cards displayed face up.

We will explain the different parts of the setup:

Play Solitaire Klondike and how to deal with real cards (offline)

although nowadays games like Solaire Klondike are mostly played online. It is of course also possible to play this card game with a real deck of cards. If you play Solitaire Klondike with real cards read the following instructions how to deal with real cards.

Klondike is played with 1 decks of 52 cards, without the jokers. so take the jokers out first

First deal 7 cards face down from left to right. Then you deal the second column, skipping the first column. When you deal the third column, you skip the first 2 columns. This you repeat up until the last column. If you did it right you will have seven columns ascending from left to right where the left column has 1 card and the rightmost 7 cards.

Step 3 – Open the top card of each column

Open the cards from left to right so there are 7 cards faced-up.

Keep the remaining cards faced down so you don’t know what cards are in the pile.

Solitaire Rules: Value and order of the cards

Klondike Solitaire is played with a traditional deck of cards from which the jokers have been removed. The 52 cards are divided into 4 groups of 13 cards called Suits. Each suit has its own symbol: Hearts, Diamonds, Clubs, and Spades. The Hearts and Diamonds cards are red, the Clubs and Spades cards are black. The image bellows the sequence of a Suit. A Suit consists of a sequence of cards that can run in both directions, high to low and low to high. The rank of each number of cards is determined by the number of pips on it. The face cards are called: Jack, Queen, King, and Spade. A Spade can either portray the number 1 or the number 11.

Solitaire Rules regarding the Game Play

When you move cards to the Tableau or from row to row (on the Tableau), cards must be placed in the following order.

When you move cards to the Foundation, cards must be placed in the following order:

This version is pretty straightforward. Each time you make use of the Stockpile, you take 1 card from the pile. You turn this card face open to put the card into play.

Traditionally, in order to win at Klondike Solitaire, you need to finish the game completely. All the cards have to be transferred to the Foundation. If you succeed, you win. If not, you lose. It’s as simple as that. Because of its popularity online and to make the game more challenging, several different expansions have been added. These expansions include, for instance, a clock and scoring. Using these features you can challenge yourself even more. You can either play to beat your own time or play to beat your high score. We have included these 2 features in our Klondike Solitaire game to make it more interesting.

The scoring we use for our Klondike Solitaire game is based on the scoring introduced by Microsoft Windows. Each time you transfer a card, you gain (or possibly lose) a number of points. This scoring works as follows:

The clock keeps track of the time you needed to finish the game. It does not affect your scoring. However, if you have achieved the same high score twice, the score with the fastest time will be saved.

Solitaire Klondike variants, other names and simular type of games

Other variants with more deviant game rules are, for instance, Double Klondike or Joker Solitaire. Klondike Solitaire was early 1900 also known as Canfield Solitaire. It was said that it is named after the famous casino entrepreneur Richard Canfield. In 1896. There are references in solitaire books that Mr. Canfield invented a version of the game for real money in his Solitaire rooms at one of his casinos in Saratoga Springs. He renamed this game Klondike Solitaire after the Gold Rush that was happening in the United States at that time. The goal was to attract more players to the game. The name Klondike struck gold with the casino’s clientele that was hoping to get lucky. During my research, I didn’t found any real evidence of this story. There are no direct references to this claim.

When you’re playing Klondike Solitaire, it’s possible to restart your game at any time. It is also possible to start a new game. In order to do that, you have to click the big round yellow button in the middle of the bottom menu. You can also use this start menu to check your Klondike Solitaire statistics. The statistics will allow you to track many different things. Simple statistics such as, for instance, the number of games you played. The number of games you have won. Your winning percentage. Or more challenging statistics such as your fastest win. Or your win with the least moves, or your winning (or losing) streak. These are all the options in our menu:

You can not only change player preferences by using Settings in our menu but also change the visuals of the game. You can change for instance, the color of the felt in the background. Select a different card set or change the back of the cards. We have a lot of different available options and will keep updating them with new designs in the future.

The great game of Klondike Solitaire knows many versions. On our Solitaire.ca website there are several versions for you to try whenever you like. There is no need to download or install any games, just click and play the game you prefer. You are welcome to try Klondike Solitaire BIG that is created by Gameboss. Or we also have a great version of Klondike Solitaire from CodeThisLab to play online for free.