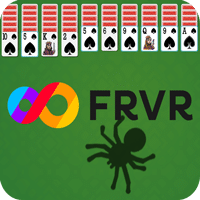 How to play Spider Solitaire

Spider Solitaire free online doesn’t only let you play a challenging Spider Solitaire game but also brings new challenges every day. This Solitaire game has three different degrees of difficulty. You have three options: easy (1 suit), medium (2 types of cards), or complex (4 suits). You can switch off the sounds and soundtrack in the options menu and return to the map with available games. While Spider Solitaire has a typical green background, it feels more modern than other games.

This Spider Solitaire game has no scoring mechanism, clock, or countdown timer. Your only objective is to clear the board and don’t need to think about time or the number of moves. The game is mobile-friendly and perfect for playing on any browser. Therefore a Spider Solitaire download is not needed. You can play the game for free online at this page.